DOPAMINE & THE NEUROCIRCUITRY OF HABIT

AUGUST 8, 2015I spend a lot of time talking with my patients about how challenging it can be to make lifelong lifestyle and behavior changes.  A lot of people tell me: I know what I need to do, I just don’t seem to be able to…stay away from the cookies…put on my sneakers and go exercise…turn off my devices in the evening…quit smoking…the list goes on and on.  In the wake of knowing, but not doing, they beat themselves up, feeling discouraged and like a failure.  Many people tell me, the harder I try, the more intense the cravings become!

When we understand why something is happening, we can take a step back and objectively appreciate the situation.  Here, I summarize the science of cravings and how we can target the underlying causes.  Two major things are at play here: the biology of our pleasure/reward system, mainly influenced by Dopamine, and the neurocircuitry (hardwiring) of habit.

A wide variety of inputs trigger Dopamine release in key parts of the brain causing a pleasurable response that makes our brains say “Mmm, that was good.  Let’s do it again.”  This is the classic “reward” phenomena.  This is where cravings and addictions originate.  Science shows that the inputs activating the dopaminergic pathways can be equally strong whether they come from food, sex, cocaine, gambling, or alcohol.

Recently, scientists have described a “Reward Deficit Syndrome (RDS)” in which the brain is in a chronic state of low Dopamine.  Binge consumptions of carbohydrates or alcohol stimulates Dopamine production and utilization, resulting in activation of the pleasure-reward system.  Sugar has replaced “hard drugs” but the underlying cravings and neurocircuitry are really the same.  In many ways, “addictions” are a form of self-treatment for low dopamine and Reward Deficit Syndrome.  To compensate for chronically low dopamine, people can be driven to engage in activities that stimulate dopamine.  In addition to carbs and alcohol, behaviors can trigger dopamine release.  Every time we get that “bing” alert from our phone signaling receipt of an email or text, we get a little dopamine surge.  Every time we find a “bargain” while shopping, we get another one.  For many people, being over-busy and the “reward” of checking things off the to-do list are dopamine-producing events that become addictive in that they feel good!  Brains are smart: they want more of what feels good!  Fortunately, there are healthy strategies to promote Dopamine production as well as treatments that can slow the breakdown of dopamine or enhance its effect.

Co-factors in the utilization of dopamine and other neurotransmitters are also important.  Amino acids are the building blocks of neurotransmitters.  Specifically, I-phenylalanine and I-tyrosine are dopamine precursors.  Interestingly, if you’ve ever looked at a can of soda (diet or regular) you’ll notice phenylalanine on the ingredients list.  I’ve always wondered if this was because of its known role in activating our pleasure-reward pathways thus increasing the desirability to repeat the pleasurable activity of drinking a soda.  You can use this phenomena to your advantage by taking I-phenylalanine supplements before a new behavior that you want to reinforce, such as before going to an exercise class.  As part of a dopamine support plan, I-phenylalanine is essential.

Tryptophan, found in spinach, watercress, fish, and turkey to name a few, is also an amino acid however it is more important as a serotonin precursor.  Serotonin has been implicated in motivation and impulse control.  In animal studies, mice who are serotonin deficient prefer a small immediate reward over a delayed large reward.  A high protein diet will provide these amino acids but many people benefit from additional, specific supplementation.

Rhodiola, a flowering perennial succulent, is a very effective COMT inhibitor.  COMT determines how fast you break down dopamine.  I measure it in my patients using an epigenetic lab test.  For people with insufficient dopamine, botanical medicines that inhibit its function will keep available dopamine around longer.  Green tea also does this and can easily be consumed as a beverage.  I recommend preparing a pitcher of iced green tea using 5 tea bags per quart and drinking throughout the day, decaffeinated green tea is equally as effective. 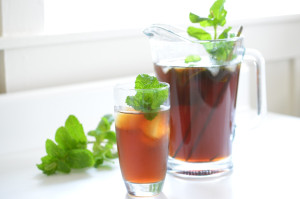 N-acetyl cysteine, a dietary supplement that is like an amino acid, has multiple benefits.  It is a potent anti-oxidant and is the precursor to glutathione, our most powerful endogenous, meaning produced by our bodies, antioxidant.  However, it also rebalances intra/extra cellular communication in the neuron, decreasing reward seeking behavior and cravings.

Making lifestyle changes isn’t simply a matter of more willpower or stronger strength of character, there are underlying neurochemical pathways at play that influence how we respond to stimuli and what gives us pleasurable, positive feedback.  People who struggle with lifestyle change may tell themselves (or hear from others) that it is “all in their head.”  If you think about it from the perspective I’ve just put forth, this is true, but it is a matter of neurochemistry of the brain not a personality flaw!

If you’d like to discuss your personal food and lifestyle challenges with me in person, please schedule a free 15 minute consultation with me by calling (858) 459-6919 or email at erica.oberg@icloud.com.

Do You Need Supplements? Things To Consider

Hormonal Health: Why Balance Is So Important For Women